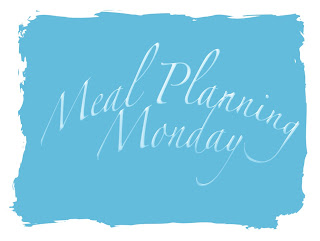 It was the Sandbach farmer’s market on Saturday, and for once I managed to drag the geekdaddy along with me and the kids. This was good in one respect, because it meant I could share the child-wrangling and thus could pay a little bit more attention to the produce that usual. This did unfortunately (or fortunately, depending on your point of view) mean that we bought rather more than I usually would, but does mean that we have a lovely selection of meals for this week. In particular we discovered the Sauce Queen and found several of her products that we loved. More about that later…

The meal plan mostly worked for last week, with just one notable exception. I was going to try making sausages with onion gravy in the slow cooker (thanks very much to Kate from the Five F’s Blog for the recipe), however the day I was going to cook it I forgot that I would need to set the slow cooker off very early in the morning, so we ended up just oven cooking the sausages instead! I really like the sound of the recipe though, and I’m determined to use my slow cooker more, so I’m going to have another go at it this week, with a bit more planning this time!

Incidentally my friend Chrissie over at Mediocre Mum has started a great new initiative with her Slow Cooker Sunday – she’s encouraging people to share slow cooker recipes, so I’m hoping that will become a great place for inspiration!

After a couple of short weeks due to Bank Holidays, this week we’re back to “normal”, with me working four days, the geekdaddy out one night to teach at a photography academy evening, and of course I’ll be out all day on Saturday at BlogCampUK – I’m really looking forward to that, despite suddenly having been co-opted onto a panel in the afternoon! We’ve also got some friends visiting on Friday, which will give us the perfect excuse for a Chinese takeaway 🙂

So that’s my plans for the week ahead, and here’s what we’ll be eating. First of all meals for the geekdaddy and me for Monday – Thursday

You can find more Meal Planning Monday posts over at At Home with Mrs M – why not head over there and see what other people are eating this week?